What Happens to Meat When It’s Grilled? 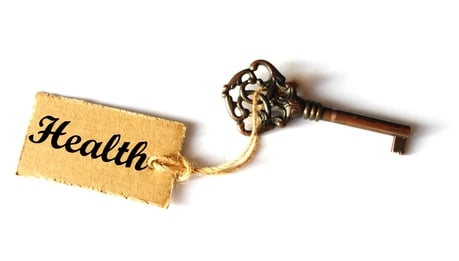 Memorial Day weekend is often the start of outdoor grilling season. However, depending upon how close you live to the equator, you might be grilling outdoors all year long. Perfect weather, good friends and an outdoor barbecue grill may be your recipe for one of the joys of summertime.

While you may have discovered there is a growing mountain of research pointing to grilling and barbecuing meat as one way of ingesting cancer-causing chemicals, there are ways of enjoying your summer grilling that reduces the potential for trouble.

Many living in the U.S. find that grilling satisfies their need for good taste, and for keeping the number of pots and pans to a minimum. Some people find it personally satisfying to cook over an open fire, and others just enjoy entertaining friends and family at home.

Whatever your personal reason for using the outdoor grill, it’s important to understand the risks involved and how to reduce them.

It’s All About Chemistry

Cooking is a form of chemistry. As you apply heat to different types of organic material (food), you get a chemical reaction you find either pleasing or distasteful. Meat, vegetables and fruit go through a unique process specific to the chemicals and nutrients found in them.

The addition of spices and marinades also changes the chemicals present during the cooking process and therefore the chemical reactions occurring while you cook.

Unfortunately, grilling gives you both a distinctive flavor combination in the meat and vegetables, as well as changes to the foods that may produce cancer causing chemicals.

This means the chemicals cause changes to the DNA in the lab animals, increasing their risk of cancer. HCAs are not found in appreciable amounts in other cooked foods, other than meat cooked at high temperatures. Once you eat the meat, the HCAs are metabolized in your body by specific enzymes.

Researchers have found that this group of enzymes has varying degrees of activity in different people. This may be relevant to how much or little the HCAs increase your specific risk of cancer.

The amount of HCAs appear to be dependent on the type of meat, how well-done it is cooked and the temperature used to cook the meat. For example, researchers have found that well-done meat has 3 1/2 times more HCA than medium-rare meat, and fried pork has more than fried beef or fried chicken.

To date, there have been more than 10 different HCAs identified from cooking meat and fish. When HCAs have been fed to rodents they developed cancer in multiple different organs, including the colon, breast and prostate.

AGEs, also known as glycotoxins, are present in your body and in the meat you eat. These are highly oxidant compounds linked to increased inflammation and oxidation stress in your body.6 Damage by AGEs has been associated with diabetes and cardiovascular disease.

Based on study findings, dry heat from grilling or broiling may increase the formation of AGEs between 10- and 100-fold greater than in uncooked foods. Animal meat, rich in fat and protein, is generally rich in AGEs.

Your body does not get rid of or digest these end products easily. Instead, they are stored in your organs, and over time cause damage.

A database containing foods and the associated AGEs shows fats have a low amount of AGEs per serving as compared to muscle meats, such as steak, chicken and frankfurters. Lamb and eggs have relatively less than other meats.

PAHs don’t originate in the meat, but rather from the wood, gas or coal you use for the fire. They are also formed when fat from the meat drips on the grill and creates smoke. The compound is in the smoke and is deposited on anything within reach.

This means the PAHs will cling to the meat and your clothing, and you will inhale them as you stand over the grill. Exposure is known to cause skin, liver and stomach cancers in lab animals.

However, the story of PAHs doesn’t stop there. When the PAHs from the fire mingle with the nitrogen from the meat you’re cooking, nitrated PAHs (NPAHs) are formed. These are even more carcinogenic and one reason that grilling meat may be hazardous to your health.

Cooking that exposes the meat you’re eating to smoking or charring (those dark grill marks on the meat) may increase your consumption of PAHs.15 Animals exposed to PAHs in their diets developed leukemia and cancers of the digestive tract and lungs.

Beware of the Hazards of Brush Wires

Dangers inherent in outdoor grilling are not limited to cooking the meat. University of Missouri School of Medicine researchers published a study identifying more than 1,600 injuries between 2002 and 2012, which have occurred after individuals cleaned their grill with wire bristle brushes.

Loose bristles may fall off your brush, adhere to the grill and end up in your next meal. When eaten, they can lead to injuries to your mouth, tonsils and throat. The most common injuries reported during this study were to oral cavities, throat and tonsils. Some injuries required surgery for treatment or repair.

Lead physician and researcher, Dr. David Chang, estimates the number of injuries is actually higher since his study did not include injuries treated at urgent care centers or other outpatient settings. While injuries to the mouth and throat are significant, Chang also states:

“If the bristle passes through those regions without lodging itself, it could get stuck further downstream in places like the esophagus, stomach or the intestine.

The biggest worry is that it will lodge into those areas and get stuck in the wall of the intestine. The bristles could migrate out of the intestine and cause further internal damage.”

You don’t have control over the way food is grilled at restaurants or your friend’s house. However, you can make changes at home to reduce your potential for ingesting high levels of HCAs, PAHs or AGEs, all of which are known carcinogenic chemicals resulting from grilling.

Various herbs and spices can help flavor your food. The following have also been found to help reduce the amount of HCAs and AGEs produced when grilling. By adding them into your burger patties or using them as a rub, you can decrease the risks associated with this popular cooking method.

Other ways to decrease the health risks associated with grilling include the following strategies: 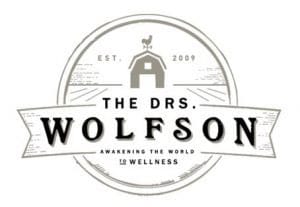